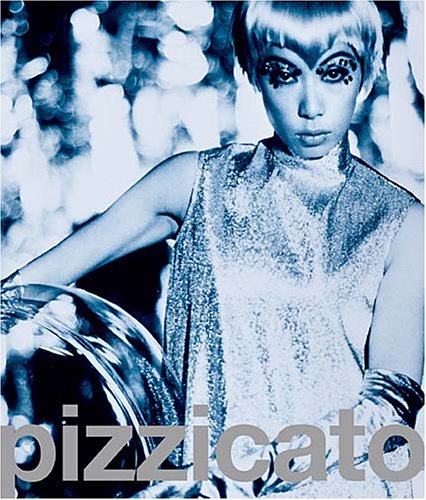 Although the origins of the style we now know as Shibuya-kei can be traced back to the late 1980s (with acts like Original Love and the first incarnation of Pizzicato Five serving as the prototype), it is worth considering that the actual phrase itself wasn’t coined until the early ’90s – and that, despite Flipper’s Guitar being considered as the first Shibuya-kei group by many, the duo of Kenji Ozawa and Keigo Oyamada had already broken up before people were even calling their music “Shibuya-kei.” In this sense, Pizzicato Five’s Bossa Nova 2001, released in 1993, represents one of the earliest essential examples of Shibuya-kei as a musical movement with a name and defined ideology – and, as such, no attempt at forming a Shibuya-kei canon would be complete without it.

Although he would later come into his own as a solo artist, in the early ’90s Keigo “Cornelius” Oyamada was most content to work his magic behind the scenes, lending his talents as a producer to pop releases from Kyoko Koizumi and his then-girlfriend Kahimi Karie, but his most famous production work from this period came with his contribution to the elder Shibuya-kei group Pizzicato Five’s Bossa Nova 2001. Previous Pizzicato Five releases had all been produced by the band’s rotating cast of players (which included, at one time, Original Love frontman Takao Tajima), but on Bossa Nova the group took their flirtation with Oyamada – who had previously been featured in the “Tout va bien” promo clip — all the way to home plate.

The difference that the addition of Oyamada to the production lineup made to the final product is hardly a case of night and day, but it certainly allowed for Bossa Nova to represent a step up in production quality from previous P5 releases. Relying less on sampled instrumentation than previous releases, Bossa Nova 2001‘s clean pop sound allowed it to spawn the group’s biggest hit in “Sweet Soul Revue” (embedded above), and Maki Nomiya’s vocals had never sounded brighter than on its 16 sparkling tracks. While songs on earlier (and later) P5 albums often sound like sample collages moreso than conventionally-assembled pop music, the sole representation of that particular style to be found on Bossa Nova sticks out like a sore thumb – the incessant repetition of “Sophisticated Catchy” may live up to the second half of its title, but the suggestion of sophistication seems more like a bitterly ironic joke than anything else.

There is nothing about Bossa Nova 2001 that is not Shibuya-kei in the extreme. From the cover art with Maki done up in a ’60s space-serial outift (a winking reference to the exact kind of science fiction that Kubrick’s 2001, provider of the key phrase in the album’s title, supplanted in the public consciousness) to the gloriously kitsch Orientalism of “Magic Carpet Ride“, Pizzicato Five and Oyamada are never without their tongues placed firmly in their cheeks throughout Bossa Nova, yet Nomiya is also never without a hand placed on your thigh – being silly, sexy, and irresistibly fun has always been the Shibuya-kei modus operandi, and Bossa Nova is no exception. That the majority of its songs sound absolutely nothing like the Brazilian musical genre that gives the album its title is only part of the fun; after all, nothing in Shibuya-kei is ever meant to be taken seriously, least of all album titles.

In terms of musical variety, Bossa Nova 2001 treats the listener to a more feminine, romantic version of the sound that Oyamada had carefully cultivated on the final two Flipper’s Guitar albums; ’60s guitar-pop mixed with various broad strokes of exotica, topped off with some high-kitsch sampling for good measure. Nomiya’s soft vocals go down far more smoothly than Cornelius’s own nasal tones, and it’s easy to see why international fans have traditionally had a much easier time getting behind P5 than the music of the Flipper’s duo, despite the latter pair being far more popular with audiences within Japan. Although guitarist Keitarou Takanami was still with the group at the time of Bossa Nova‘s recording, the most prominent influence is unmistakably Oyamada’s; it is entirely possible that at least a few of the songs that made up the first Cornelius album had been originally intended for Bossa Nova, the two albums are so similar in style. At times, the stylistic similarity is such that it can be a bit of a shock to hear songs like “Strawberry Sleighride” and hear Nomiya’s voice rather than Oyamada’s, but the influence went both ways – it’s just as hard to imagine a First Question Award without Yasuharu Konishi’s influence as it is to imagine Bossa Nova 2001 without Cornelius.

One of the things that made the early days of Shibuya-kei so special was the sense of community the musicians managed to establish; the members of the scene were constantly collaborating with each other, and the diverse tastes of the musicians involved made sure that the sound of Shibuya-kei grew richer for the inbreeding, rather than becoming homogenized. In the Shibuya-kei canon, few albums are as worthy of praise as Bossa Nova 2001.

One thought on “The Canon: Pizzicato Five – Bossa Nova 2001”