Working with a “night drive” theme, DJ Hayato of Choudoii Records spins a wonderful mixture of Shibuya-kei and Japanese pop tunes on “Tonight J-Pop Mix.” With Negicco, paris match, m-flo, Takeshi Nakatsuka and others in the mix, it’s a top-notch selection that’s sure to brighten up any night – even if you’re not driving through Tokyo in a vintage sports car.

With more of a hip-hop flavour than most Memories of Shibuya mixes, DJ Choudoii (which he translates as “DJ just the right”) brings a smooth mix of rap and Shibuya-kei on “Summer Jam ’15”, with Asako Toki, Scha Dara Parr (whose “Summer Jam ’95” gave the mix its title), HALCALI and Kahimi Karie all making appearances. The considerable overlap between the laid-back styles of ’90s J-urban – influenced far more by the likes of early De La Soul than by the more confrontational hip-hop that was more popular in the West – and Shibuya-kei makes perfect fodder for a mix, and Choudoii’s selection should be more than enough to appeal to fans of both genres.

There could hardly be a better soundtrack to lazy summer days, and those interested in hearing more from the talented Choudoii can check out his personal and Choudoii Records Mixcloud pages – naturally, he’s on Twitter, too.

As international coverage of Asian music is almost entirely dominated by the discussion of Korea, Japan and India – disregarding outliers like Malaysian singer-songwriter Yuna and the occasional pop idol from Taiwan or Hong Kong – to much of the world, the music scene in Southeast Asia is something of a mystery.

One of the most interesting things to happen in this rarely-acknowledged part of the musical world is a quiet Shibuya-kei revival; when the Thai indie-poppers in Smallroom covered Flipper’s Guitar’s Three Cheers for Our Side in its entirety, it could easily have been something of a random curiosity, but in SE Asian acts like Ikkubaru, Chocopurin and Sacrophonic the spirit of Shibuya-kei is being kept alive – which brings us to this month’s featured mix, from Jakarta, Indonesia’s Martin “Marteen Lu” Lusuandie.

Serving as something of a Shibuya-kei primer, featuring both the genre’s influences (such as Francophone chanteuses Cathy Claret, France Gall and Vanessa Paradis) and a wonderful selection of Japanese artists, Lusuandie’s mix is intended as the soundtrack to a cultural revolution; bringing forth the lessons from Shibuya-kei’s heyday and applying them to contemporary Indonesia. And, of course, if you like what you hear, you can check out more from Martin at his Mixcloud page. 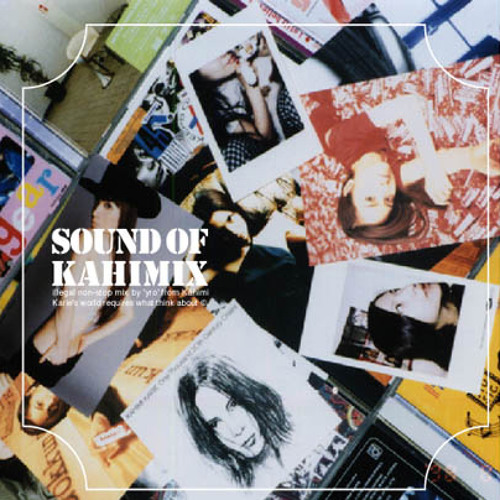 This month, Memories of Shibuya is highlighting the work of another Japanese DJ who has been keeping the spirit of Shibuya-kei alive. Going by the name of “polygra”, this Tokyonite has been spinning Shibuya-kei sounds at parties around the city for over a decade – you can find him on Soundcloud here, and enjoy our exclusive interview below the jump!

END_OF_DOCUMENT_TOKEN_TO_BE_REPLACED

(Link here because Mixcloud is being awful)

The “Record Mizukoshi” mixtape series, brainchild of enigmatic Japanese DJ Suppa Micro Pamchopp, turned its focus towards the discography of Flipper’s Guitar founder and Shibuya-kei great Kenji Ozawa last year for an eclectic mix, focusing on the weird elements that were always at the fringes of Ozawa’s otherwise sparkling-clean pop. It’s not as uncomfortable as some of the more outré components of the Pamchopp oeuvre, but still has an air of mystery to it – finding the alien in what should be comforting and familiar. For those who can read Japanese, he wrote an extended introduction to the mix, and even if you can’t, you can still enjoy this unique take on the discography of one of Shibuya-kei’s finest.

Toshiya Sekine’s BOY MEETS GIRL, the longest-running Shibuya-kei event (still going strong after 19 years), is a veritable institution – and so here at Memories of Shibuya we are overjoyed to provide an exclusive mix straight from the man himself. Made entirely of Japanese artists (with the exception of the opening sample, which even then is technically taken from “Groove Tube” by Flipper’s Guitar), the mix is fun, upbeat and has a good mix of classics and obscurities; Sekine’s two decades of honing his craft most certainly haven’t been spent in vain. Featured artists include Original Love, Flipper’s Guitar and solo works from both Kenji Ozawa and Cornelius, Pizzicato Five, Kahimi Karie, Fantastic Plastic Machine, Hideki Kaji, and a host of other fantastic artists. Well worth a listen, and if you haven’t already we encourage you to check out our interview with Sekine as well.

Continuing a tradition that dates back to Flipper’s Guitar and their early ’90s “Martians Go Home” program for Yokohama FM, Shibuya-kei superfan Ikuno (@cybele70) served as guest DJ for a program by the name of “Papiru” – “butterfly” in the native dialect of Miyako Island in Okinawa – bringing a lovely assortment of Shibuya-kei sounds to local FM radio along with her. Her Soundcloud page features four of the shows she DJed for, but the cream of the crop is this month’s featured mix, her introduction to él Records, Mike Alway’s short-lived (but massively influential) Shibuya-kei precursor. Highlighting the label’s pitch-perfect homages to neglected styles of yesteryear, as well as its twisted sense of humour (The Monochrome Set’s hilariously vulgar “The Mating Game” makes a welcome appearance), in “Welcome to the World of él Label” you can hear the genesis of Shibuya-kei – even as the artists of Alway’s label were completely unaware of what they would inspire. In personal correspondence, Ikuno mentioned how Flipper’s Guitar temporarily made the obscure label – which Alway had already abandoned by the time Three Cheers for Our Side came out – into essential listening for fashionable young Japanese, largely through the then-trendy Olive magazine. Kenji Takimi further pushed the link between él and Shibuya-kei with his influential label Crue-l (home to Kahimi Karie’s first single, “Mike Alway’s Diary“) which combined the Japanese “kuruu” (狂う) – meaning “to go mad” – and the él moniker for an unusual bilingual pun (I always assumed it was a play on “cruel,” but Ikuno says Karie herself explained the “kuruu” meaning so I defer to her authority on this one).

Although Alway has revived the él name for a new imprint, the new label is devoted entirely to reissues of existing material; the days of él originals, like the ones in Ikuno’s show, ended in the late ’80s. While it would be interesting to hear new music the man deems worthy of putting his stamp of approval on, maybe in Shibuya-kei he saw that a new generation had already picked up the torch – and without the need to push forward, he’s now free to more fully explore the past.

This column was delayed considerably from its originally-intended release date, due to it falling so unforgivingly close to the holiday season, but we are proud to present W. David Marx, aka DJ David, Mon Amour, sharing a relic from his Shibuya-kei past in his own words. Mix, and David’s commentary, below the jump.

END_OF_DOCUMENT_TOKEN_TO_BE_REPLACED

The aesthetic of the DJ is crucial to Shibuya-kei, so what better way to pay tribute than to highlight Shibuya-kei DJ mixes? Starting this monthly series with Tomoaki Okimoto (aka DJ BACH)’s SHIBUYAKEI MIX, every month us here at Memories of Shibuya hope to share a DJ mix full of Shibuya-kei goodness – and although preference will most definitely be given to more obscure names, that isn’t to say there won’t be some more prominent figures featured in the future.

DJ BACH’s mix is, properly, a playlist – no mashups or neat transitions to be found – but the song selection makes up for any lack of finesse in approach. Focusing almost entirely on upbeat selections from Shibuya-kei’s 1990s golden age (interestingly enough, of Flipper’s Guitar’s three albums, only songs from Camera Talk are featured), it’s a peppy mix with few low points in its hour-long runtime. Credit for finding this one goes out to faithful Twitter follower and DJ naomi february⁶ (who, lamentably, was unable to submit a mix herself), and tune in next month for another Shibuya-kei mix!