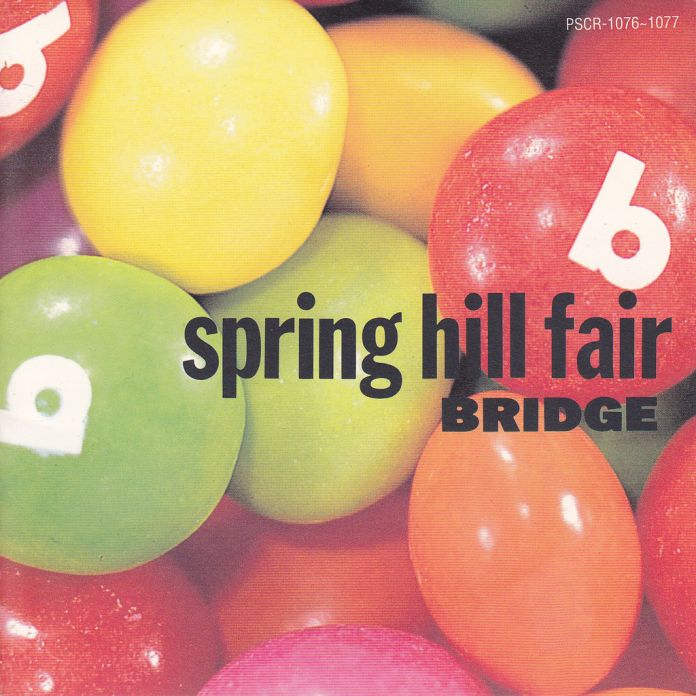 Hideki Kaji’s name may be an obscure one to Western audiences, but as one of the architects of the Shibuya-kei sound, his influence on Japanese music would be nothing less than utterly irresponsible to overlook. While he is rightfully known as a songwriter first and foremost, the multi-instrumentalist Kaji has worn many hats across his four decades as a musician – and is every bit as notable as a solo artist as he is for any of the various other projects he has contributed to.

As the story goes, in 1987 Hideki Kaji (who was at the time playing bass in gothic rock group Neurotic doll under the alias “Fleur de Violetta”) had gone to see a Lollipop Sonic show, and was so impressed by Kenji Ozawa and Keigo Oyamada’s prototype Shibuya-kei act that he decided it was time to leave the eyeliner behind for good. Forming the group Bridge in 1988, his new band’s sound could hardly have been any further away from the Bauhaus-inspired aesthetic of the group he had worked in previously, trading the ominous synthesizers and hard-rock guitars for the kind of upbeat, breezy ’60s/’70s Occidental pop collage that Flipper’s Guitar was just about to make very famous at the end of the 1980s.

Joined by vocalist Mami Otomo, keyboard player Mayumi Ikezumi, guitarist Hirotaka “Shimmy” Shimizu (who would later become an important Shibuya-kei figure in his own right), guitarist Nobuyuki Ohashi and drummer Hiroko Kurosawa, Kaji made some of the brightest, happiest and most unabashedly fun music of the early days of Shibuya-kei in his time with Bridge. From their formation in 1988 to their disbandment in 1995, Bridge released two very solid albums (1993’s Spring Hill Fair and 1994’s Preppy Kicks), a small handful of singles and a split EP with the Would-Be-Goods (whose él Records work provided no small amount of inspiration for the Shibuya-kei aesthetic); they were never the most prolific of groups, but the quality certainly made up for any lack of quantity.

As imitation is, indeed, the sincerest form of flattery, it comes as little surprise that Keigo Oyamada was incredibly taken with Kaji’s work, and Bridge was one of the first acts signed to his Trattoria record label. In keeping with Shibuya-kei tradition, Kaji was never shy in the slightest about showing off his worldly influences, with an absolutely fantastic Bridge version of Serge Gainsbourg/France Gall standard “Poupée de cire, poupée de son” released in 1993 easily upstaging labelmate Kahimi Karie’s own Gainsbourg cover from the previous year – but, as is so often the case, the band’s originals are the most interesting.

While Bridge barely deviated a micrometer from the neo-acoustic formula previously used to great effect on the first Flipper’s Guitar album (the Madchester rave influences of Dr. Head’s World Tower, for example, are nowhere to be found across their limited discography), it was a brilliant style that they performed perfectly. Bridge’s two albums are among some of the finest music the Shibuya-kei scene has to offer, which is no mean feat as, musically at least, Shibuya-kei was the most interesting thing about the 1990s in general.

Naturally, though, Kaji had his eye on bigger things – and greater freedom than his band allowed for, and in 1995 Bridge called it quits. Leaving a series of fantastic neo-acoustic songs like the above-embedded “Puppy Love” and bossa nova-tinged singles like “Watermelon Bikini” behind as an already-impressive legacy, after Bridge Kaji set out on a solo career that is still going strong over twenty years later. While he began as a follower in Oyamada’s footsteps, his later work would find him stepping confidently out from under the shadow of his Trattoria boss, and carving out his own niche within the wonderfully diverse Shibuya-kei scene.