Every month, Memories of Shibuya will be taking a look at a different artist or group, with featured songs – one per week – highlighting the peaks (and, occasionally, troughs) of their musical career.

Original Love underwent some dramatic changes along with the transition from an indie label to the major leagues, and one of the most dramatic changes was in the adoption of a completely new sound – one far more in line with the Shibuya-kei movement that was quickly picking up steam than the rock music that Tajima first made his name with.

END_OF_DOCUMENT_TOKEN_TO_BE_REPLACED 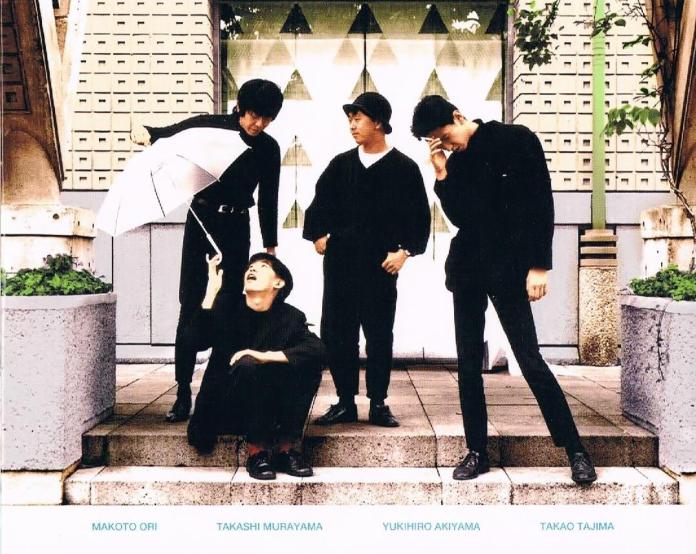 Every month, Memories of Shibuya will be taking a look at a different artist or group, with featured songs – one per week – highlighting the peaks (and, occasionally, troughs) of their musical career.

Even as the internet obliterates most barriers to attaining information, and just shy of all the world’s music is conveniently accessible from anywhere across the globe, there still remains a fairly strong divide in terms of which Japanese groups fans outside of Japan do and don’t know about. Former Matador signees Cornelius and Pizzicato Five sit comfortably on one side of this divide, having gained significant cult followings outside of their home country, while on the other side sit acts like Love Tambourines and this month’s spotlight group, Original Love. These groups never released albums or performed overseas like their more well-known scene counterparts, and as such they remain far more obscure on the global scene. So, naturally, Memories of Shibuya is here to step in and shine some light on a more obscure corner of Japanese history, with our spotlight falling on former Pizzicato Five vocalist and sometime Negicco collaborator Takao Tajima’s long-running band, Original Love.

END_OF_DOCUMENT_TOKEN_TO_BE_REPLACED

Returning to his long-running band after a brief stint as a guest producer for a couple Negicco singles last year (“Hikari no Spur” and “Sunshine Nihonkai”), Takao Tajima will be putting out his first single with Original Love since 2013 on March 4. Titled “Lover Man,” and bundled on the single with an original B-side (“Crazy About ‘Chu”) as well as a live cut from Tajima’s 2014 live tour, this new single is alleged to be a soul number – which the band’s site rather boldly claims will become the new representation of the “Original Love sound.”

Edit – Music video for “Lover Man” is up on YouTube!

Shibuya-kei leaning idol group Negicco is unquestionably the jewel in the crown of Tower Records’ T-Palette label, both their best-selling act and the one the label consistently takes the most risks with. It would be unthinkable to hear anything as sonically varied – without ever falling into the trap of “weird Japan” wackiness like too many contemporary idol groups – as Negicco’s output has been from any of T-Palette’s other acts, but, within the hallowed ground of a new Negicco album, anything is possible. Their second full-length on T-Palette (following 2013’s cheekily-named Melody Palette), Rice&Snow sees a host of new producers and a few returning talents collaborating with the label’s signature act. The multitude of divergent styles, from Koushi Miura of Kuchiroro’s stark minimalism to the sugar-high ecstacy of Takao Tajima’s twin seasonally-themed contributions, could have potentially led to a “too many cooks” scenario, but how does the album hold up?

END_OF_DOCUMENT_TOKEN_TO_BE_REPLACED

In the halcyon days of Shibuya-kei’s past, female performers were far more than just pretty faces that shrewd marketers decided were bankable. Whether the girls’ personalities manifested themselves in the form of Cibo Matto’s bratty, rebellious stance or the childlike innocence of Takako Minekawa, the important factor was that individual, unique identities were cultivated. It’s no coincidence that most female Shibuya-kei singers were directly involved in the creative process for their albums even when the songs were written by others; Kahimi Karie produced all of her albums, for example, and on later albums even wrote the majority of the lyrics herself. Even when working with veritable titans like Yasuharu Konishi, the women of Shibuya-kei’s past still found time to assert their own creative voices (Maki Nomiya co-wrote some songs for Pizzicato Five, as well as sharing production credit on Bossa Nova 2001); a stark, and refreshing, contrast to the one-way street of manufactured idol personas that defined the Japanese pop mainstream.

Naturally, this would all seem to suggest that embracing the idol format – with its assortment of performers chosen neither for talent nor personality, singing lyrics they had absolutely nothing to do with over music they similarly have no meaningful connection to – is a massive step backwards for the genre’s producers. It is undeniably regressive, in a sense, for people like Takao Tajima and Yasuharu Konishi to go from legitimate collaborations with actual artists to writing songs for idol groups assembled by a record store’s vanity label, but ultimately their choice to start working with idol groups may be the best thing to have happened to Shibuya-kei in a long time.

END_OF_DOCUMENT_TOKEN_TO_BE_REPLACED

Titled Rice&Snow, the second full-length from Shibuya-kei idol group Negicco has been confirmed for a January 20 release date. Featuring selections from Shibuya-kei veterans Takao Tajima (previous singles “Sunshine Nihonkai” and “Hikari no Spur,”) Cymbals’ Hiroyasu Yano (“Triple! WONDERLAND” and new song “Futari no Yuugi”) and ROUND TABLE’s Katsutoshi Kitagawa (new song “Cream Soda Love”), alongside songs from Gouta Nishidera, connie, Shiggy Jr. and other past Negicco collaborators, this new album should definitely be worth a look for Shibuya-kei fans.

(Note: review based on digital version from OTOTOY, which includes bonus tracks only available on disc in the 2-disc special edition. The single is also available in a vanilla version, on both CD and 7″ vinyl, and in another version which adds a bonus DVD that features the “Hikari no Spur” music video as well as a making-of feature for said clip. Memories of Shibuya tries to obtain the most complete version of any release to be reviewed, so album or single releases with bonus tracks will always be favoured.)

As the flagship group for Tower Records’ T-Palette label, Negicco has been instrumental in bringing Shibuya-kei sounds to the wasteland of “idol group” music ever since their debut on the label in 2011. Having performed songs composed by Shibuya-kei luminaries such as Cymbals’ Hiroyasu Yano, Pizzicato Five’s Yasuharu Konishi, and Asako Toki and HALCALI collaborator Gouta Nishidera in the past, this latest release finds them working with Original Love frontman (and former Pizzicato Five member) Takao Tajima.