The concluding portion of Memories of Shibuya‘s year in review deals with a very valid question – isn’t Shibuya-kei dead and gone, like the HMV in Shibuya (there’s a new one there now, but it’s not the same) and Cornelius albums that don’t sound like Otomo Yoshihide outtakes? Are any boys, in fact, still firing the tricot? What did that line even mean? Well, read on to find out! Except for that bit about “Boys, Fire the Tricot”, that song is still a mystery.

END_OF_DOCUMENT_TOKEN_TO_BE_REPLACED

This was originally supposed to go up tomorrow, but as a Twitter-sharing faux pas led to a false promise of “the albums of the year” being made on the Memories of Shibuya account, we’re jumping the gun and bringing the album post to you ahead of schedule. Enjoy!

END_OF_DOCUMENT_TOKEN_TO_BE_REPLACED

Welcome, one and all, to the first annual Memories of Shibuya year in review, where we take an opportunity to look back at what made the year worth celebrating (so, naturally, Shakkin Hensai Idol isn’t going to make the list). In part one we’re going to be covering the artists that got us the most excited this year, with part two focusing on albums, part three on the singles, and our four-part review will conclude with an editorial on the state of Shibuya-kei as we enter the new year. Enough preamble, though, let’s get this party started right!

END_OF_DOCUMENT_TOKEN_TO_BE_REPLACED

Shibuya-kei and cover albums have a very peculiar relationship; while tribute albums are the bane of most musical genres, most commonly the province of artists using their versions of familiar songs in the often-vain hope of sparking interest in their original material, tribute albums often serve as a useful “who’s who” of Shibuya-kei at the time of their release. The Shibuya-kei tribute album also serves as an endorsement of the artist whose songs are being covered; Gainsbourg Made in Japan is just one of many examples of this phenomenon in action. So, for veteran Shibuya-kei outfit Clammbon, whose Why Not Clammbon!? celebrates 20 years, the accomplishment is doubly significant; it lets them throw a musical reunion of sorts, while also passing the torch to a new generation of Shibuya-kei inspired performers. How do the performers fare, though?

END_OF_DOCUMENT_TOKEN_TO_BE_REPLACED

Veteran Shibuya-kei group Clammbon is celebrating their 20th anniversary in style – December 3 sees the release of Why not Clammbon!? ~ Clammbon Tribute, a collection of luminaries from the Shibuya-kei and J-pop scenes alike (veteran pop producer Tetsuya Komuro makes an appearance alongside Shibuya-kei acts like Buffalo Daughter and TOKYO No.1 SOUL SET) covering or remixing songs from the band’s two decades together. In addition to the “album trailer” above, you can hear samples at the Columbia Records Clammbon site, which also features short comments from all of the contributing groups and artists. 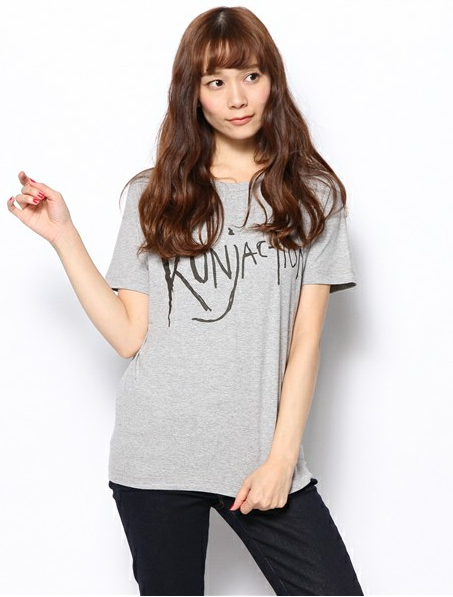 Shibuya-kei stalwarts Buffalo Daughter just rolled out the second video from their 2014 album Konjac-TION, “Love and Food” (featuring Shintaro Sakamoto). The track’s English lyrics are concerned with food to a practically Cibo Matto level, and the lo-fi synth track complements a delightfully tripped-out animated video. Hopefully this won’t be the last clip from Konjac-TION to get the video treatment, the album really is fantastic.

Also, I missed a Momus video when it was posted earlier – called “Unreconstructed“, this new video is “probably not Turpsycore-bound” in Momus’s own words, but still worth a listen.