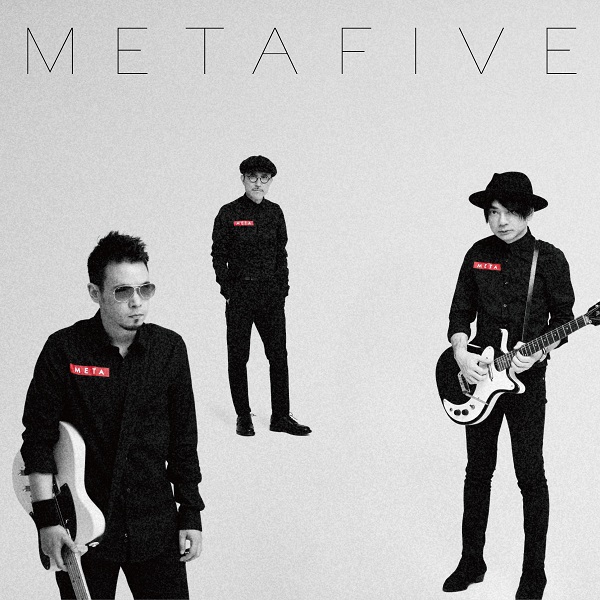 The second release from Japanese alternative supergroup METAFIVE, containing members of Yellow Magic Orchestra and Denki Groove in addition to the likes of Cornelius, Towa Tei and Leo Imai, is a tidy five-song suite of new material. How is it to listen to? Review below the cut…

The combined pedigree that makes up the six-member METAFIVE is absurd. While supergroups are nothing unusual, and it would have barely been an exaggeration to say that the Shibuya-kei scene in its heyday was more or less made up of the same handful of players in a number of different configurations (usually involving Hideki Kaji and/or Hirohisa Horie), METAFIVE is truly a different beast. Three of its key components, alternative luminaries Yoshinori Sunahara (formerly of Denki Groove), Keigo “Cornelius” Oyamada and Towa Tei, haven’t been members of a conventional group since the ’90s, and the closest Leo Imai had come to a normal band recently was as half of the duo “KIMONOS” – a collaboration that led to one album, six years ago.

With more than half of the group accustomed to the spotlight and unaccustomed to taking orders from others, a “too many cooks” scenario seemed the most likely outcome of the METAFIVE project from the very start. While the other two members, Yukihiro Takahashi (of Yellow Magic Orchestra fame) and long-time session musician Tomohiko Gondou, have spent more than their fair share of time keeping rock-star egos in check, METAFIVE was a dodgy proposition; and, on their first album, it wasn’t quite a gamble that paid off. Lacking the distinction and focus of any of the featured musicians’ own work, META wasn’t a bad album by any means, but especially for fans of Towa Tei and Cornelius, it largely served to reinforce that the control-freak approach that both musicians were known for was for the better.

So, now it’s 11 months later and there’s a new METAFIVE album out. Opening track “Musical Chairs” signals an improvement right out of the gate; Sunahara and Takahashi’s background in synth-pop provides the heaviest influence, with ’80s-style guitars completing the throwback without ever pushing it to retro kitsch. Imai’s vocals are an acquired taste to say the least – helped in no way by the clunky English lyrics METAFIVE songs are so often saddled with – but his soul-patch and shades conception of rock-star swagger gives the songs a bit of an idiosyncratic charm all their own.

METAHALF‘s songs generally seem to let one of the musicians dictate the feeling, allowing for a democratic solution to the problem of the many cooks. The driving bassline on lead single “Chemical” could have been lifted directly from Cornelius’s Sensuous sessions and “Peach Pie” may very well have been intended for the last Towa Tei album (the METAFIVE lineup was featured on CUTE‘s “Luv Pandemic”, after all). Where META was more appealing based on the sheer novelty of its existence, METAHALF finds the group taking very confident steps away from “supergroup” and towards “band” territory. It’s not perfect (“Egochin” is frankly dull, and a dud in a five-song album is hard to excuse) and still has its awkward moments, but if METAFIVE is going to continue activities together it certainly bodes well for the future.